Andrew Warhola (August 6, 1928 – February 22, 1987), better known as Andy Warhol,
was an American artist who was a central figure in the movement known as Pop art.
After a successful career as a commercial illustrator, Warhol became famous worldwide for his work
as a painter, an avant-garde filmmaker, a record producer, an author, and a public figure known for his presence in wildly diverse social circles that included bohemian street people, distinguished intellectuals, Hollywood celebrities and wealthy aristocrats. A controversial figure during his lifetime (his work was
often derided by critics as a hoax or "put-on"), Warhol has been the subject of numerous retrospective exhibitions, books and documentary films since his death in 1987.

Objective:
You Will:
•Create four (4) Andy Warhol style image using only four (4) of the five (5) images of Arleta High
•Learn the Tools of Photoshop and understand how they work and what they do
•Become familiar with the Color correction options in Photoshop
What you will do:
Using the selection tools along with the Levels, Curves, Hue/Saturation applications (located in Adjustments under “Image” in the Options bar) or the paint bucket tool (Found in the Tool Bar), or the “Fill” application (located under “Edit” in the Options bar) don’t forget about the importance of opacity, you will create four (4) different (which also compliment one another), Andy Warhol style images of Arleta HS (Two of each), using the image’s downloaded from my school webpage. You will save the image in your folder as first, last name AWAH 1, first, last name AWAH 2, first, last name AWAH 3, and first, last name AWAH 4 (You should attempt to do more then is required so you have more options to choose from). The Format to be saved under is: Photoshop.
One of your images (Either the front or Side) will be used for a postcard that you will design for back to school night/Open House and the other (Front or side, whichever one was not used for the postcard) as the cover for a table tent card with your name to be put on your desk on back to school night/Open House. You are not to use any object/symbols.

Assessment:
Project: Composition of color(s) is there balance. Use of opacity - Everything is not a solid color.
All images are different in appearance/color but compliment one another. Evidence of use and understanding of Levels, Curves, Hue/Saturation applications, and Selection tools. 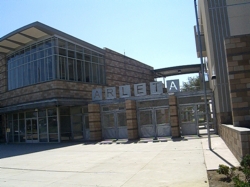 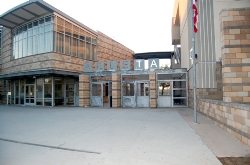 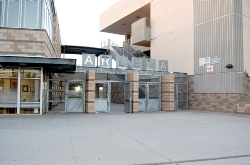 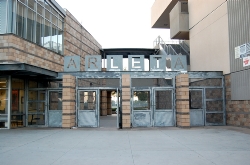 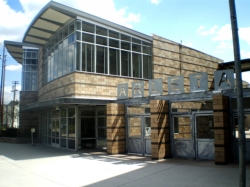